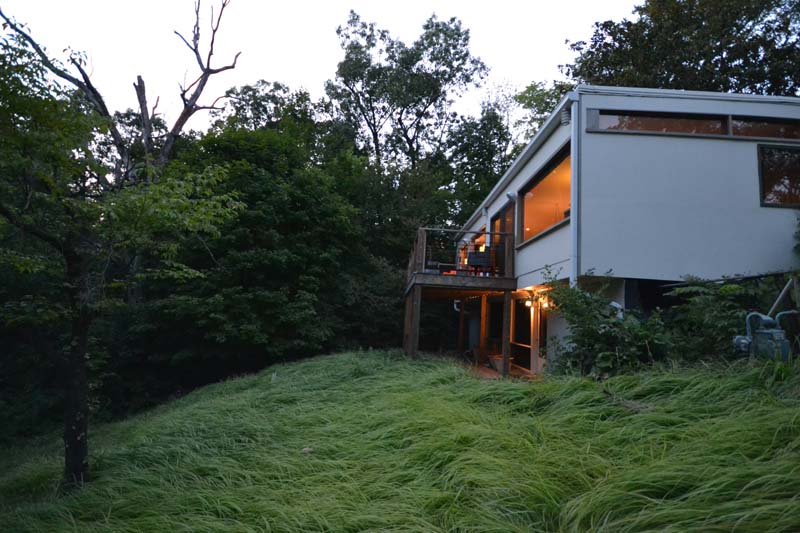 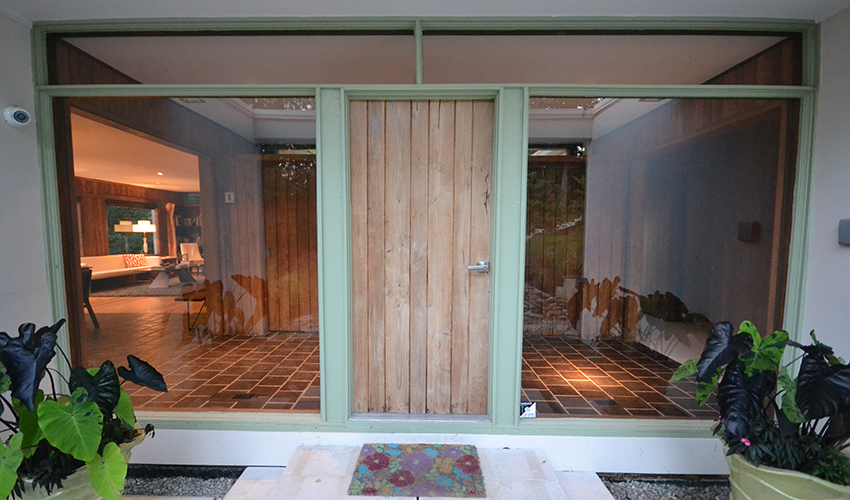 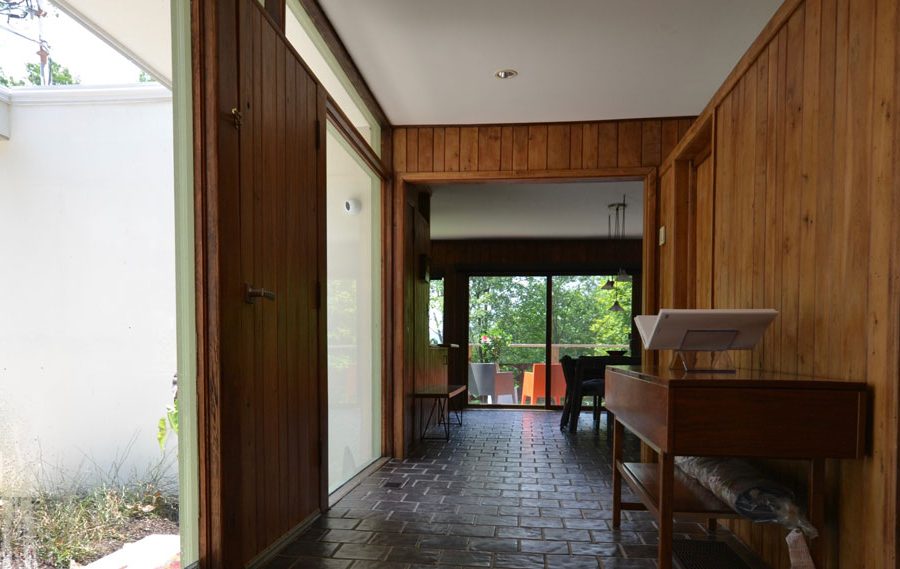 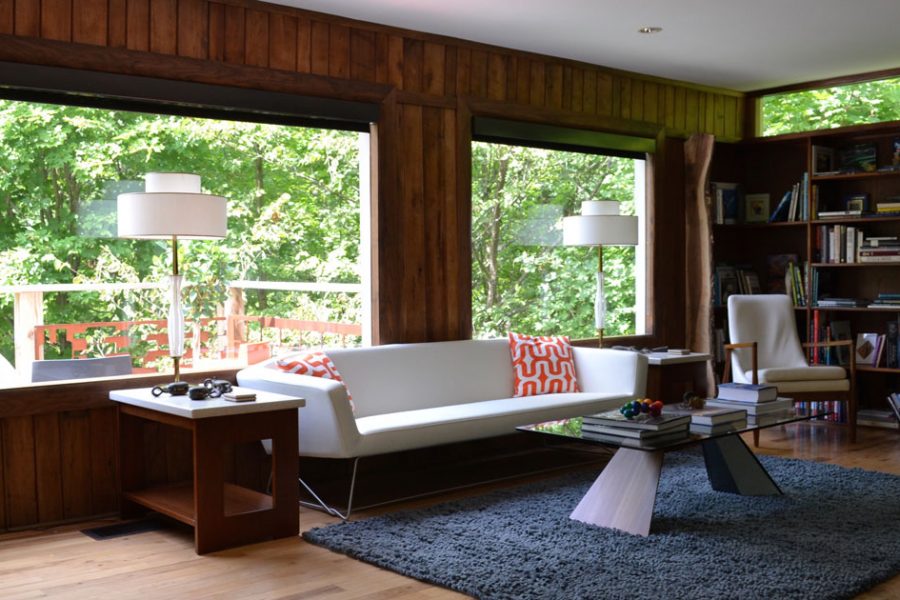 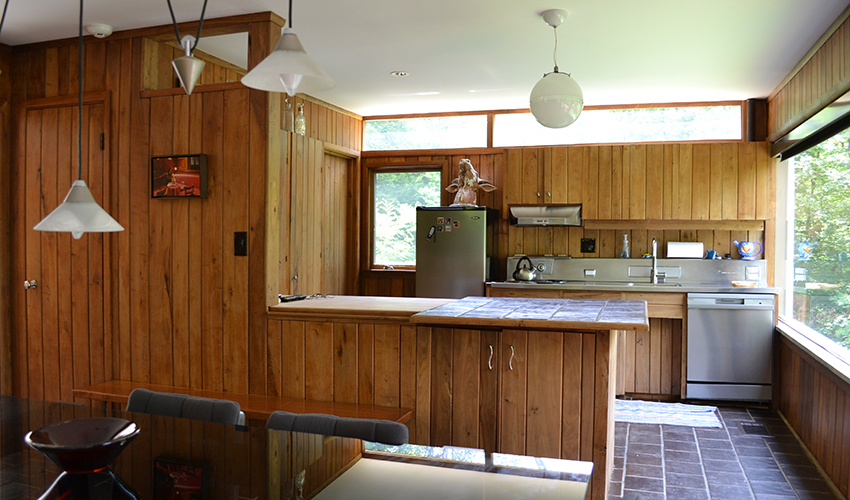 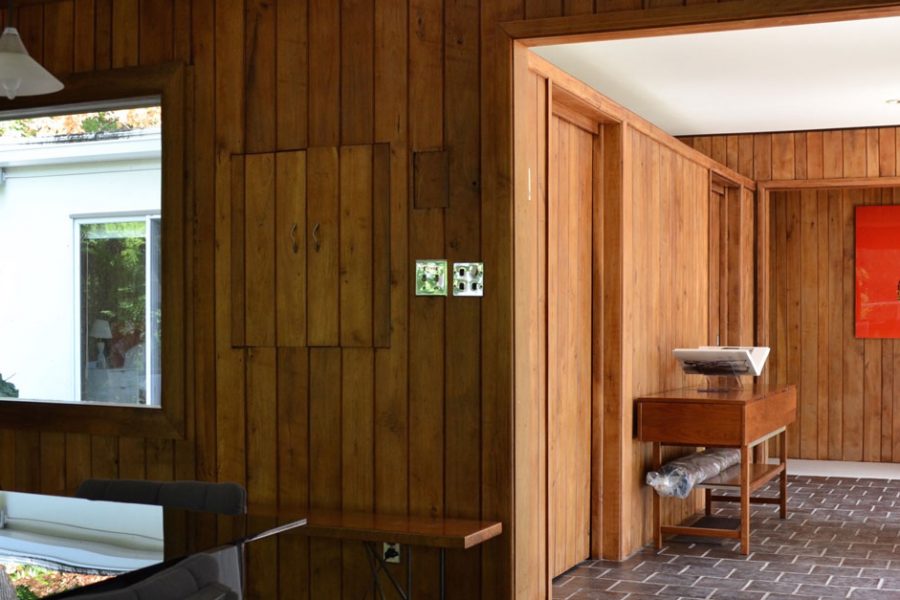 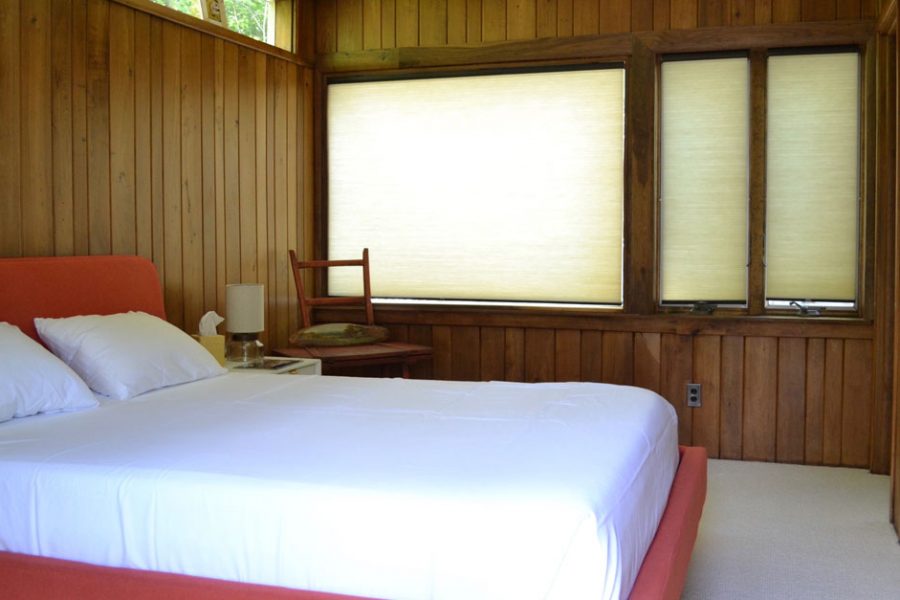 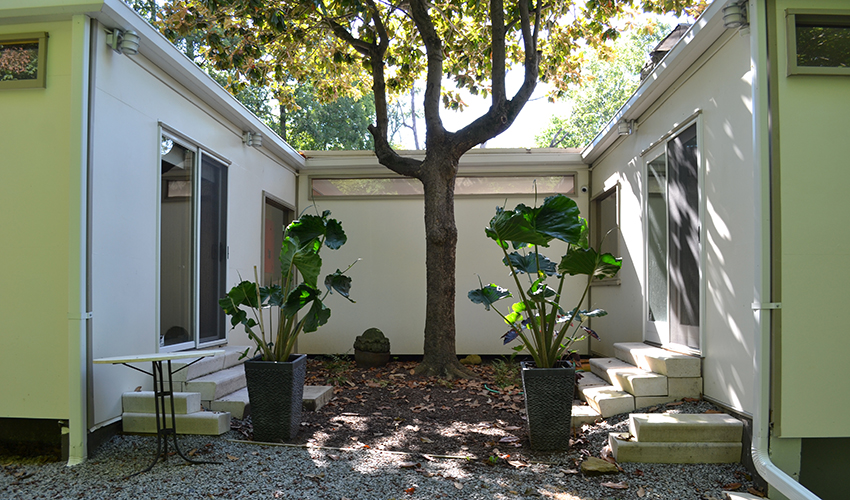 Designed by John M. Johansen, the house at Floyds Knobs in New Albany, Indiana, was built in 1957 by a local family. After changing hands a number of times and falling into disrepair, in 2012 it was renovated by Louisville artist Ed Garber in a manner that closely reflects its original design. It is the core of the INhouse project that was founded by businessman and philanthropist Brook Smith in July 2015.

Born in 1916, John M. Johansen went to Harvard University where he studied under Walter Gropius. In 1939, he graduated with a Masters in Architecture and, after the war, began his career as a draftsman for Marcel Breuer, later joining Skidmore, Owings and Merrill in New York. In 1948, Johansen settled in New Canaan, Connecticut, where Marcel Breuer and Landis Gores, Philip Johnson and Eliot Noyes also had their practices.

Embracing the modernist tenet “form follows function” this group of architects gained international acclaim in the 1950’s, becoming known as “The Harvard Five.” From 1955 to 1960, Johansen was an adjunct professor at Yale School of Architecture, which had become a vigorous center for modernism. One of the great architectural innovators of out time, he died at the age of 98 in 2012.

INhouse was built in 1957, incorporating walnut woodwork from trees harvested on the property and a round fireplace made of local creekstone.

INhouse is not simply a place, it is a catalyst, a nurturing framework with a vision to help imaginative talent grow.

“It’s a very contemplative environment that feels like it is in the middle of nowhere, but actually is very close to everything you need,” says INhouse Director Julien Robson, a British curator who has worked in museums and galleries in the United Kingdom, Europe, and the United States. “It is idyllic.”

a place to create.

INhouse is a place to create. It is a two bedroom house with living space and a small office studio. It can accommodate an individual alone or a group of up to four people at one time.

Learn About Our Residency

INhouse Offers Residencies Of Up To 2 Weeks